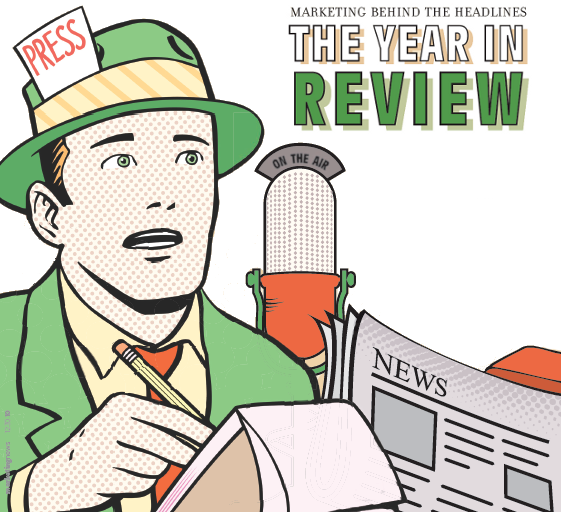 2011 is still new enough that we should look back at 2010 and see what kind of lessons learned we should take into this new year.  The American Marketing Association‘s publication, Marketing News, came out with “The Year in Review,” which was mildly disappointing.
“Four of the biggest stories” was woefully short of other considerable developments in the Marketing world.    Yes, the tragic earthquake devastating the island nation of Haiti was worthwhile mentioning, but not enough credit was given to the the role that social networking played in spreading the word and raising funds/deploying resources to help the unfortunate.

Toyota‘s recalls were certainly notable for the crisis management shortfalls of a leading automobile manufacturer.   Likewise, BP‘s handling of the worst environmental disaster in the United States rightfully made the list due to the pluses and minuses of their crisis management.

But the fourth “big story” could have been replaced with other more worthy events for Marketers worldwide to study. Was Conan O’Brien leaving The Tonight Show that significant, especially relative to the other events mentioned?

What about the United States Supreme Court’s decision in Citizens United vs. Federal Elections Commission which allows greater latitude for corporate advocacy marketing?

What about the complete demise of the 70+ year brand Kodachrome by Kodak (yes it started in 2009 but the last nail was driven late in 2010)?

What about the the launch of Apple‘s iPad and the surpassing of hardcover sales by general ebook sales?

Surely there were case studies to highlight that had a broader impact for marketers than the O’Brien story.

And of course, what about the surge in Marketing Automation and its promise?  The battle lines are being drawn now among the vendors and the M&A activity in 2010 was noteworthy, namely the IBM/Unica, Oracle/Market2Lead, Teradata/Aprimo deals.  Web based technologies that help marketers gather, store, analyze, share, and act upon data to drive revenue are becoming more important and you just can’t ignore them any longer.

2011 will be even bigger in this department.