No Confusion at the Infusionsoft Customer Tour

No Confusion at the Infusionsoft Customer Tour 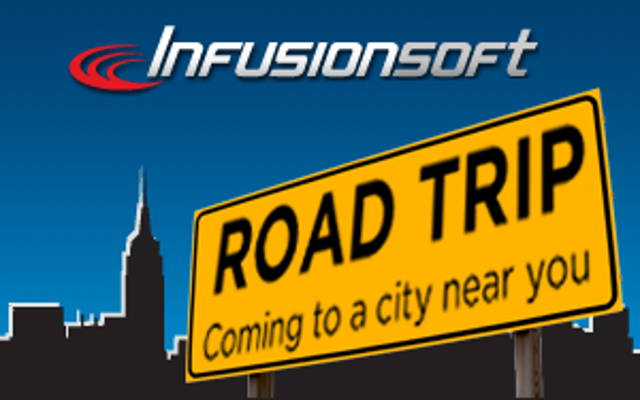 We were privileged to be a guest of Joe Manna (@JoeManna), Nicole Shoots (@NShoots) and crew of Infusionsoft‘s national tour of eight cities.  It didn’t take long after arriving there to realize that this was going to be a good “hands-on” day for the attendees; with 6,500 SMB customers worldwide and 43 million emails sent out through their system per week, Infusionsoft attracted around 100 Marketers to its Washington DC stop.

The day started off with Colin Daymude (@colindaymude), Director of Partner Marketing made introductions on how the day would go.  He basically admitted that Infusionsoft had the growing pains of not being able to help customers use their platform in the past, but gave statistics on how their ability to better train users in the past frew months resulted in less customer churn.  He then went to speak about “The Perfect Customer Lifecycle,” in the context of Infusionsoft’s own efforts.  Getting customers to buy is easy compared to getting them to actually use your product.  And to get them to use your product, you need to get them beyond “buyer’s remorse.”  You need to reinforce their decision to adopt your product and help them get value out of it.  And once they’re up and running with the Infusionsoft platform, like any other, you need to measure and tweak.  And part of that process involves removing the confusion of how to use an application that requires more management than any application has ever demanded of marketers before  (which in our opinion, is like most other marketing automation platforms; hence why we’re in business to help marketers out!).

He then introduced Randall Guernsey (@RGurnz ), left, Head of Sales of Molding Box(@moldingbox), a fulfillment house and a sponsor of the tour, spoke about their experience with Infusionsoft going back several years.  Randall made himself available to attendees for the who day to show them the best practices that he has learned in the use of the platform.

The hardcopy conference program was a workbook that Infusionsoft provided for each user to write in during the day, which was split into Beginner and Advanced tracks.  The two tracks appeared to be 60/40, respectively in terms of self-labeled users; in the Beginners track, Michael Bast, Infusionsoft’s “Multimedia Renaissance Man” went over how to launch the application in terms of attracting website visitors and capturing their contact information, basic lead segmentation, and how to minimize SPAM issues.

It was good to see so many users in the Advanced track, where Corey Thomas, (@alohacorey), an Infusionsoft Technical Account Manager, used a live version of the app to demonstrate more sophisticated lead sourcing and capturing.  There was good audience participation and it was clear that the seasoned users were actively trying to improve their knowledge, especially regarding the creation of landing pages and forms that are so critical for gathering customer data.

After lunch, Michael Bast went over how to launch an interactive leads campaign for Beginners, while Corey Thomas gave a step-by-step demonstration on how to automate direct sales.  Later on, for the last session, the Beginner session involved learning how to process orders through fulfillment; the Advanced class involved using Infusionsoft to manage an affiliate partner program.

It was exciting to see the diverse types of small businesses using Infusionsoft and how determined they were to learn the platform and improve their sales.   A good measure of the success of an event is how many people “disappear” during the last half of the day – in Washington, DC, it’s especially prevalent since the traffic is bad and people lead very multi-tasked lives.  However, this was a true user conference where people had to roll up their sleeves and use their Infusionsoft platforms in a classroom environment, so as far as we could see, all of the Marketing professionals in attendance stayed for the whole day.  Many small businesses told Allinio that their investment in a the platform was important; yes, there’s a learning curve to overcome, but today the general consensus was that Infusionsoft helped them through much of the confusion that Marketers face when adopting Marketing Automation.