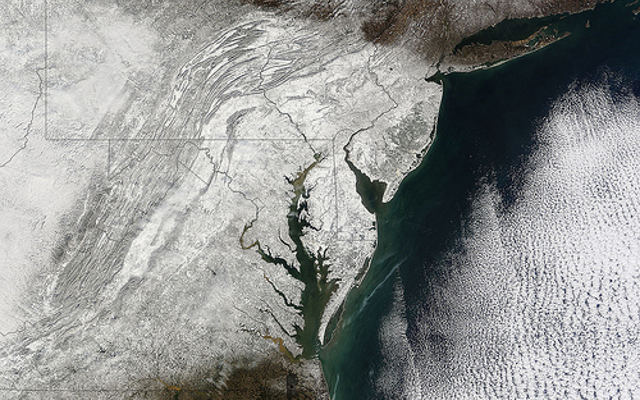 A little less than a month ago when The Marketing Consigliere invited you to a networking event, he forgot that there was someone out to throw a monkey wrench in things. That someone is not a Capo or another family’s Consigliere.  Actually, it’s Old Man Winter.  His “Snowpocalypse” that has been hitting the East Coast, and in particular, the Washington, DC area, has really cramped just about everyone’s style here.  The event that was scheduled for February 9th, where the B2B Twitterer of the Year Awards would be announced, was postponed.  So whaddyagonnado?

Well, we’re going to move it to Tuesday, Febrary 16th.  So to repeat:

If you’re in Washington, DC on the evening of February 16th 2010, you may want to come over to Gua Rapo in Arlington to the Capital Cabal networking event from 5:30 to 9:30 pm. From there we will be tweeting the winners of the 2009 B2B Twitterer of the Year Awards. There will be a great mix of marketing and tech professionals, so it will be a night to remember. It’s the best $15 you can spend in Washington.

But if you can’t get here from your corner of the globe, feel free to follow @B2BTOTY on Twitter – we’ll be tweeting the winners live from the event so you’ll still be in the loop!

Sponsors, it would behoove to consider sponsoring the program – Capital Cabal events are promoted to 30,000 of Washington’s leading marketers and tech leaders, all with contacts all over the country.  Check out the sponsorship page for more information.