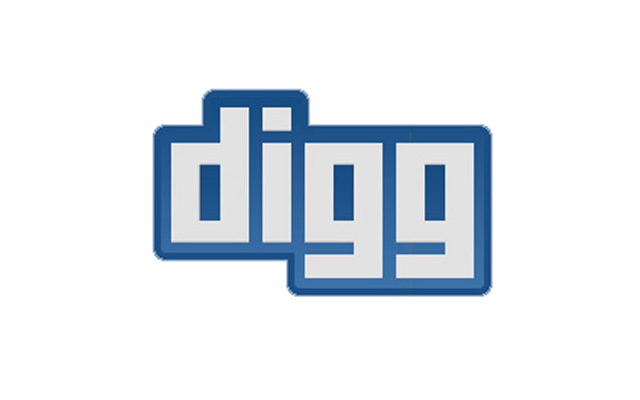 For five years, Digg has been a leading social news website, allowing users to find and share any Internet content by submitting and/or voting on links and stories. As you probably know by now, rankings push a story either up (“digging”) or down (“burying”); the fundamental utility of Digg is that users can then see what is popular or not. This model has been copied throughout social media.

Digg, which recently broke exclusive ties with Microsoft‘s advertising network, has launched its own with a twist – it allows users to “vote” on ads, allowing them to digg and bury ads just like links.

The upcoming pilot for this platform will either prove or disprove the business case. In theory, it will provide quick feedback as to the creative quality of an ad in addition to the relevance of the ad. This raw data may be a slap in the face of some advertising agencies and old media types, who mistakenly believe that the creative side of marketing needs to regain the “throne” which was lost to the metrics side. Two credible companies have decided to get on board with Digg – Intel and Electronic Arts have signed up to try this plan when it launches. 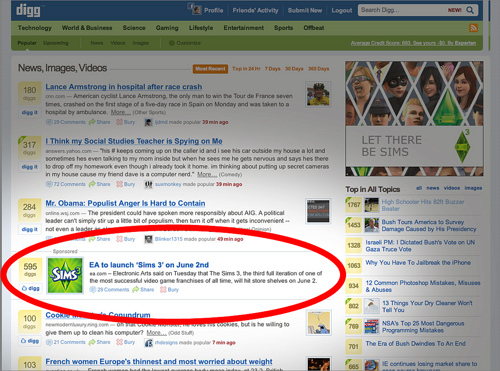 While this may raise issues of click fraud perpetrated by competitors or brand fanatics maliciously burying an ad, perhaps users will reject the concept altogether and in a message to Digg, not the advertisers, bury all ads as deeply as they can. However, if things go as Digg hopes, advertisers will learn to craft messages in their ads that are relevant, therefore read and dugg by users – not buried.

While Facebook already allows its members to give “thumbs up” or “thumbs down” feedback on advertisements, there is not as strong an emphasis on ranking compared to the Digg “culture,” where everyone will know how popular an ad is or isn’t. It will be interesting so see how it plays out in the long run.  The data gathered from this effort may be very useful to network-centric marketers as they try to better utilize behavioral marketing and optimization tools for success.