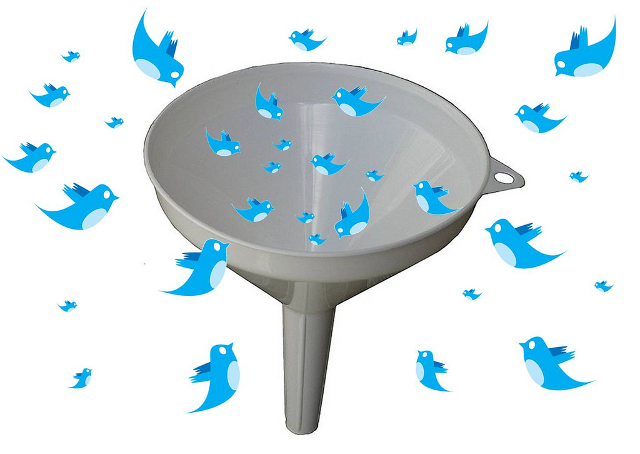 Yesterday’s eMarketer Daily newsletter featured an article about the use of Twitter by B2C companies and its relative success.  It was based on HubSpot‘s research finding that “Among business-to-consumer (B2C) small and medium-sized companies studied, more than one-half of those using Twitter generated double the median monthly leads of non-Twitter users. That result held across company size.”

These findings are noteworthy and lead to more questions…

From the chart below, you can see they broke out B2C Tweeter in terms of “number of employees,” but the ratios between “with Twitter” and “without Twitter” are negligible in difference (left to right, 50%, 48.4%, and 50%)

Immediately after in the article it says, “Twitter reach was critical to increased lead generation. Companies with 100 to 500 followers generated 146% more median monthly leads than those with 21 to 100 followers.  Beyond the 500-follower mark, though, there was no further gain.”  That is the real news.  So what was the purpose of the featured graph?  The Market Consigliere is scratching his head on that one…

But it’s clear that there is a critical mass of followers of an SMB that makes it really worthwhile to tweet in the B2C Marketing world.  The real questions for Network-Centric Marketers to ask, however, are the following:

– Does it matter if my distribution of my product or service is geographically constrained (i.e. restaurant, etc.)?  If so, how do I build a more local following?

– What are the characteristics of my Twitter audience?  How are their “personas” different from other personas in my network-centric strategy? What are the types of content they want from my business?

And regarding any application to the B2B Marketing world:

– What is the optimal number of followers I need to get worthwhile, qualified leads?

– Do my Twitter leads advance in my sales funnel at a different rate than other sourced leads?

– How do I manage/monitor the engagement of followers with my competitors?

– What unique things can I offer my Twitter audience to keep them engaged?

There are other questions that Twitter will be presenting B2B Marketers as they integrated this microblogging tool into their plans.