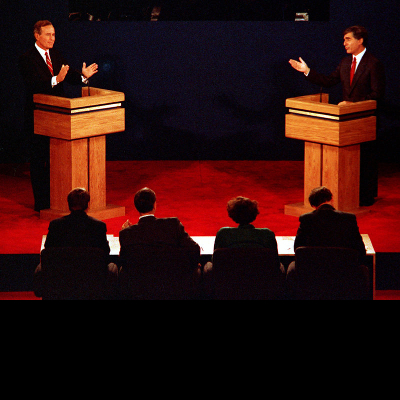 While it’s too early to say whether YouTube and Web 2.0 are a “flash in the pan” (I don’t think they are) , it struck me funny that it was considered “unorthodox.” True, Webster’s defines the word as “breaking with convention or tradition,” but I felt that the writer was trying to convey a negative connotation to the use of video. The questions could have come from the audience, call-ins, or even online chat. But they came in through one of the hottest properties on the Internet and it was called “unorthodox.”

Why not “innovative?” “trailblazing?” “ground breaking?”

Even so, YouTube was averaging over one billion views per month one year ago.

Basically, the format was almost the smartest format the Dems could have leveraged, the 2007 equivalent of Bill Clinton appearing on MTV. Out of around 3,000 submitted questions, only a handful made it to prime time and the world was treated to this new way of presenting the important issues.

But what could have been smarter?

Why couldn’t it have been more of a interactive webcast? How about live streaming the people asking the question? Why not online rating/voting àla “American Idol?” That way the campaign managers could get feedback from the askers and the spectators almost instantly.

Marketers need to be thinking C4ISR. OK, one step at a time…