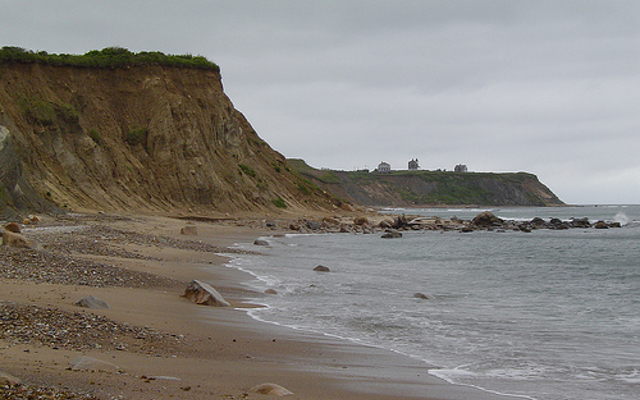 The Marketing Consigliere has had a hiatus from the blogosphere but has resumed work regarding the world of digital marketing.  First was a much needed break on Block Island, twelve miles off the coast of Rhode Island.  Block Island, while having most of the amenities of the mainland United States, is merely a 3-mile by 7-mile island that is a conservationist’s dream.   While you can go there and still see teenagers on their backs sunning on the beach, their arms in the air madly texting away with their gadgets, it doesn’t take long to get away from that scene and only hear the wind, birds and ocean, and smell only the salt air and fragrant flowers in the acres of undeveloped fields and woods.

Believe it or not, the Marketing Consigliere actually went “cold turkey” for a week and avoided cable television, newspapers, email, Facebook, and Twitter.  He was so purposely shut off from the noise of the world that he did not know that Michael Jackson had passed on a few days back.  And you know what?  He is fine with that.  It was actually refreshing to have been rid of so many distractions that bombard us as a society.

Meanwhile, in his absence from the digital mainland, more an more “bots” have been taking over cyberspace.  Dr. Mark Drapeau lightheartedly covered this phenomenum earlier this month in a blog, so there needn’t be much pontification about that here.  The digital infrastructure of marketers and the business world continues to surge forward, reminding me of a book I read at the dawn of the commercial Internet era.  Is the world envisioned by Nicholas Negroponte in Being Digital achieving supremacy?

I would say at this particular point in time, “No.” However, the problems solved by marketing automation are compelling enough to stay on track.  But how much digital “noise” and “distraction” can we as humans digest before we have to take a break from it and how do we take a break from something that is becoming ubiquitous?

Recently, the Marketing Consigliere saw a woman pushing a baby carriage through a park while chatting on cell phone.  Had she spent any time listening to the rustle of leaves in the cool summer breeze and did she take any time to speak and connect to the baby in her charge?  It seems that the digital world does have capability of alienating us from our connection with nature and even as we are smack dab in the middle of all its glory.

After a week of solitude, gazing at the powerful Atlantic Ocean, the Marketing Consigliere has a new understanding about the phrase “render unto Caesar…” – While the digital world continues to become part of our social fabric, there is nothing wrong with being immersed in it and reaping all the benefits it has to offer.  However, we must not forget to take the time and render our thoughts and keep them in sync with the wondrous natural world around us.  Whether you consider this creation the actions of God or nothing at all, paying attention to it can bring rewards that no combination of ones and zeroes can…  As a matter of fact, because we are analog creatures, we have to keep this connection in order to thrive… So if you can’t take a whole week, turn the cell off for an hour.  Better yet, leave it at home the next time you go for a walk and pay attention to the analog world around you.  You won’t regret it.