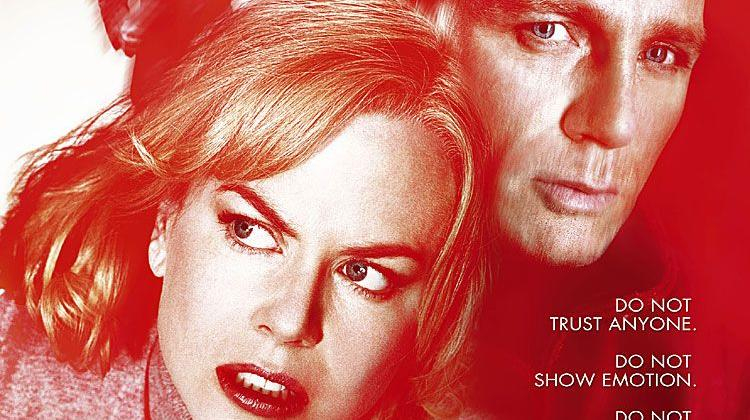 What is a C4ISR technology that the military uses when trying to see through night, fog, and other types of inclement weather? Night-vision goggles.

Night-vision is facilitated with the integration of two technologies – Enhanced spectral range technology enables the observer to see light outside the human range of electromagnetic spectrum (visible light), including infrared. Enhanced intensity range technology increases the ability to see within low-light environments.

What is a C4ISR technology that media companies use when trying to fight movie piracy in theaters? Night vision goggles.

A blog by The Consumerist describes an event in a Washington, DC movie theater in which a movie goer discovers that he and the entire audience are being scanned by a security guard using night-vision goggles to detect illegal filming of the Warner Brothers movie The Invasion.

Night-vision movie audience surveillance has been occurring all over the world, especially in countries notorious for being hotbeds of digital piracy like Malaysia.

Privacy advocates are upset – some incorrectly think they’re being video taped – but according to AMC, the theater chain in the Washington DC incident, they are not – they are simply being observed. So how different is this from being patted down before entering a rock concert or sporting event? How different is this from the dozens of video cameras that are recording activity at every Blackjack table in a Las Vegas casino?

The difference is that it is a defense technology that has crash-landed into the B2C world. In the dark. In the “privacy” of a crowded movie theater, where someone is now screaming “Intrusion!”

So now AMC and the MPAA have a public relations mess on their hands and must proactively clear some of the fog from this front on the Piracy War.

But here are my questions –

– Would some sort of legalese on the ticket or signage warning moviegoers of random surveillance rather than the actual surveillance itself help better deter piracy?

– How far are we off from permanently installing night-vision enhanced cameras in theaters, and networking them, and actually keeping digital video recordings?

– What if perpetrators are not acting on their own, but are actually spies from competitors or other organizations trying to sabotage box office revenue, or to study crowd reactions to gather data for a knock-off movie? Does the asset owner have the right to protect itself from competition under such circumstances, and regular movie goers are just innocent bystanders in the crossfire who shouldn’t worry?

– How far can Marketers push the technology envelope to protect assets? Can they use other technologies to “profile” and apprehend potential pirates, hackers, saboteurs and others with malicious intents when in a public space? Since millions of dollars are at stake, when should law enforcement step in?

– Is night-vision surveillance acceptable for Marketers under any circumstances (offensive or defensive) in the B2B arena?

While I am overall an advocate of deploying C4ISR technologies for Marketing, this is a foggy area that will be sorted out in the courts and courts of public opinion over the next few years, at least. But the technology is not going to go away and we better get used to seeing more instances of Marketers employing night-vision.