With more companies computing in “the cloud,” and more people going mobile, it will be important to stay connected to the constant marketing data streams that help make timely, critical decisions.  Apple‘s popular iPhone, which was once thought of as a shiny object with frivolous bells and whistles, is becoming a potential powerful tool for the B2B Marketing professional.

Some leading marketing automation service providers have created applications that work on the iPhone and have released them in the past few months.  There are many third party apps developed for the Blackberry and Droid platforms also.  While the news of iPhone app releases have come and gone, it is time to revisit them and give some scrutiny.

Obviously, you can obtain these apps through the AppStore via iTunes or directly on your iPhone.  However, Apple does not necessarily make it easy to find these apps on its pretty web pages.  To find them, you have to delve into the App Store and scan through a grueling 174 web pages for business apps.   You can only sort by “name,” “most popular,” or “release date” if you have no specific app you’re looking for.

In there you will find apps from other countries (and in other languages), and what appears to be localized apps featuring restaurants, car dealerships and real estate brokers.  The Marketing Consigliere finds this to be a nuisance and could care less about the latest SUV prices in Albuquerque.

He also was perplexed by the marketing automation vendors, each of which had these free apps buried in their websites; how many of their respective customers with iPhones don’t know that these apps exist?  Let’s look at some of the jewels he found so at least there’s one place on the Internet where they’re all listed. 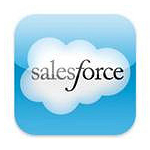 Salesforce, the wonderful 800-pound gorilla of the SaaS set, is clearly shown on the Apple’s promotional web page; they provide a “lite” version – the app is free and so is access to the cloud in you already have an account, and the app includes the same basic functionality with the same basic objects in Salesforce (Contacts, Leads, Opportunities, etc.).  The latest update as of this blog post is very recent – January 28th, 2010 and there are currently over 4,100 reviews in the App Store.  With the approximately 67,000 Salesforce customers that employ the over 2 million users of this leading CRM tool, and making an educated guess that less than one in twenty mobile app users actually write a review, that means that about approximately 4% of Salesforce users are taking advantage of this tool. 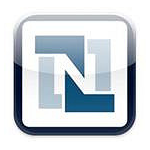 The iPhone app for Netsuite, a direct competitor of Salesforce, was released in September 2009.  All Netsuite customers are free to download and use it.  However, “using” it only means having visibility into the data, not editability.  It does claim “one click” integration with voice, email, mapping and web access, which is a good thing.  There are only 149 ratings for this app in the App Store, and many if not most of the comments seem to complain about the lack of editability.  Nevertheless, a small window into the pipeline may be better than no window at all when you’re remote. 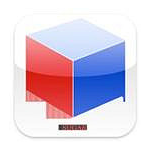 And if you’re a Netsuite champion, don’t get too discouraged.  You’re still ahead of the game when it comes to SugarCRM, whose iPhone app (iSugar by third party developer PTT Solution, Inc.) comes in both a “Lite” and “Pro” version.  The Lite version was released in October 2009 and currently has 47 ratings, 36 of which are only 1 out of 5 stars.  The Pro version supposedly includes the ability to create Sugar contacts from iPhone contacts and vice versa, add/edit/delete, and allows you to work in offline mode and synchronization.   This app could not be downloaded for the 1st generation iPod Touch.  Additionally, a search in the App Store does not yield iSugar Pro. (is it “vaporware?”)  Another app for SugarCRM  (Mobile Edge Express by third party developer iEnterprises, Inc.) only has 17 reviews after version 4.3.4 was released in December 2009. 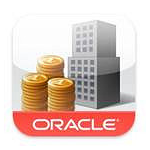 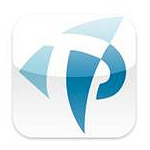 Pardot, a marketing automation/demand generation company known on the street as the “Poor Man’s Eloqua,” has an app updated as of January 10, 2010.  It appears to have been developed for salespeople, not marketers in that it enables you to access your assigned Prospect Insight records on your iPhone.  Propsect Insight is a marketing automation enterprise application that provides lead scoring and nurturing, and is integreated with Salesforce, Netsuite, and SugarCRM.  Rather than dashboarding overall campaign analytics, it shows individual granularity that allows reps to to view lead scoring information, and then connect with those prospects via voice phone or email.  The App Store has “not received enough ratings to display an average for the current verions of this application.” 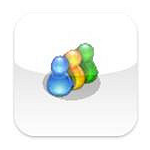 There are actually several third party iPhone apps that integrate with Microsoft Dynamics CRM, but one in particular that arouses curiousity are the most expensive ones.  Mobile CRM+ by SoftTrends has a $99.99 price tag for the app.  It also integrates with Salesforce, Netsuite, SugarCRM, and Oracle.  Released in January 2010, it does not yet have any reviews in the App Store.  And for a one time fee of $199.99, iDcrm by Numenes, a Dutch developer, gives full access to Microsoft Dynamics CRM. You get the application in your own language including all customizations you have done in your implementation. There is no configuration required. All data and all metadata is synchronized to your iPhone. All you need to do is to install the application and provide your server address and your login credentials.  With the latest update in january 2010, there are only 8 reviews in the App Store.

The Marketing Consigliere has a question for all the Sales and Marketing Managers out there:

Given the historical resistance to using by salespeople to use “complex” or “cumbersome” tools like CRM apps, are these iPhone apps “orphans” looking for more users?  Or is it still worth the development cost because the small percentage of salespeople who actuall “get it” when it comes to the utility of these tools really are productive with them?

For the next blog post, we’ll look at some other marketing automation related iPhone apps that should be of interest to B2B companies contemplating mobile marketing capabilities for their staff  Know of any B2B/marketing automation apps for mobile that are interesting?  Comment here and let The Marketing Consigliere know.